Ken G. Hall’s Tall Timbers (1937) is a romantic melodrama that is highly watchable, particularly for its spectacular bushfire climax. Ken G. Hall had longed to make a film about the timber industry in contemporary 1930s Australia. The original story by Frank Hurley was adapted into a screenplay by Frank Harvey. Much of the joy of Tall Timbers, however, lies with the cinematography by George Heath who one was one of the prolific D.O.P’s of Australian cinema in the 1930s and 1940s.

The story centres on a young woman, Joan Burbridge (played by Shirley Ann Richards) whose father owns a timber company. She is saved from drowning by a young man, Jim Thorton (played by Frank Leighton) who joins her and her father in dealing with treachery within and without the timber company. There are a number of complicated romantic relationships within the plot, but it all comes together and is resolved in the awesome bushfire climax of the film. 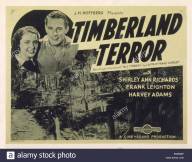 The film was a success in Australia and in the UK and US, where it was renamed Thundering Forest and Timberland Terror.  What makes the bushfire climax special is that it was mostly done with miniatures in a studio. Whilst the melodramatic aspect of the film is a little over-wrought, which Hall acknowledged, nonetheless, it is still a thrilling piece of Australian cinema. 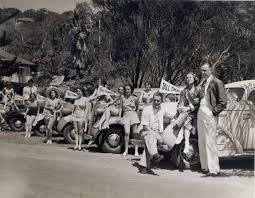